Colorado Springs, CO
at The Antlers

Hear outstanding Christian authorities speak about what’s really happening in the world — what you won’t hear from the popular media. Our conference convenes to inform, encourage, and support you as you follow Christ Jesus. Join us so you can be an informed believer, equipped to make good decisions for the days ahead!

Online registration is now closed. Get tickets at the door!

Provided through K-House TV, watch all the conference sessions right in your home, with access for an entire year. 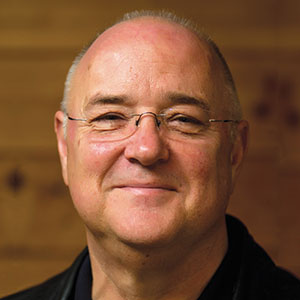 With over 30 years in the pastoral ministry, Ron has taught verse-by verse through the Bible many times, hosted a live two-hour TV program broadcast across Europe for more than two years, and taught extensively on the subjects of evangelism, leadership, and end-times topics. Although Ron and his wife are native Californians, they moved to England in 1992 and in 2011 immigrated to New Zealand where they now partner with Chuck Missler at the ministry base, The River Lodge. Ron is currently President of Koinonia House and Koinonia Institute. 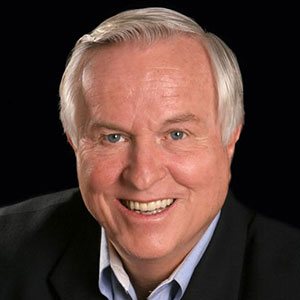 As a young man, Josh considered himself an agnostic, but when challenged to intellectually examine the claims of Christianity, he discovered compelling, overwhelming evidence for the reliability of the Christian faith. After trusting in Jesus Christ as Savior and Lord, Josh’s life changed dramatically as he experienced the power of God’s love. Well known as an articulate speaker, Josh has addressed more than 25 million people, giving over 27,000 talks in 125 countries. Since 1960, Josh has written or co-authored 148 books, with two more being released in the fall of 2017, in 128 languages including More Than a Carpenter (over 27 million copies distributed), and Evidence That Demands a Verdict (named one the twentieth century’s top 40 books and one of the thirteen most influential books of the last 50 years on Christian thought by World Magazine). 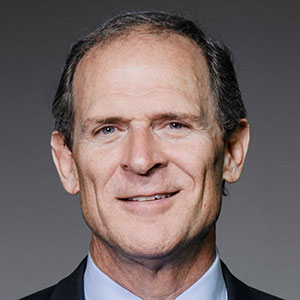 William J. Federer is a nationally known speaker, best-selling author, and president of Amerisearch, Inc., a publishing company dedicated to researching America’s noble heritage. Bill’s American Minute radio feature is broadcast daily across America and by the Internet. His Faith in History television show airs on the TCT Network on stations across America and via DirecTV. A former U.S. Congressional Candidate, Bill has appeared on: CSPAN, FOX, Hannity & Colmes, O’Reilly Factor, NPR, MSNBC, and ABC-Time Warner affiliates to name a few. 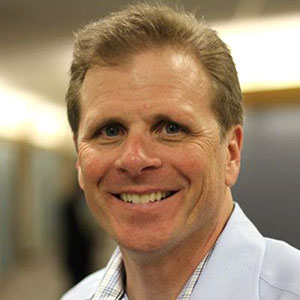 Dr. Frank Turek is a dynamic speaker and award-winning author or coauthor of four books: Stealing from God: Why Atheists Need God to make their Case, I Don’t Have Enough Faith to be an Atheist, Correct, Not Politically Correct, and Legislating Morality. As the President of CrossExamined.org, Frank presents powerful and entertaining evidence for Christianity at churches, high schools and at secular college campuses that often begin hostile to his message. He has also debated several prominent atheists including Christopher Hitchens and David Silverman, president of American Atheists. Frank hosts an hour-long TV program each week called I Don’t Have Enough Faith to Be an Atheist, and a radio program called CrossExamined with Frank Turek. Frank is a widely featured guest in the media as a leading apologetics expert and cultural commentator. 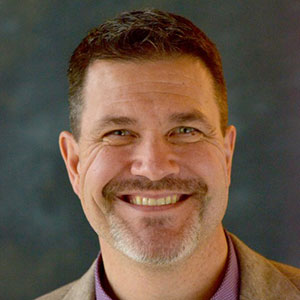 Jason Elam is Ambassador for Bible Translation for The Seed Company and the illumiNations movement. Jason is former Director of Israel for e3 Partners. During his time as a professional football player (1993–2007), Elam was one of the most consistent placekickers in the NFL, primarily with the Denver Broncos, he was also a two-time Super Bowl champion. Elam has often said that his faith is the center of his life. The former NFL kicker said he realized that God did not want people to have a blind faith. Elam said he believes God gives people evidence of the truth of the Bible and the Christian faith — evidence from history and archaeology that people can be certain of. 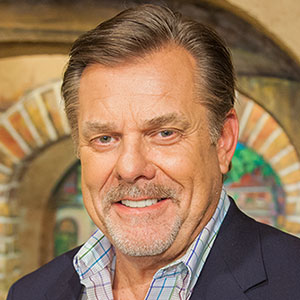 Bob Cornuke is a Biblical investigator, international explorer and author of nine books. He has participated in over Sixty expeditions around the world searching for lost locations described in the Bible. Bob has appeared on National Geographic Channel, CBS, NBC’s Dateline, Good Morning America, CNN, MSNBC, Fox, ABC, History Channel and Ripley’s Believe It or Not. Bob was the President of the Bible Archaeology Search and Exploration (BASE) Institute and is now Lead Research Specialist at Koinonia House. He also serves as special advisor for the National Council on Bible Curriculum in Public Schools and was invited by the President’s staff to conduct a Bible study for White House personnel. Bob has earned a Masters of Arts Biblical Studies and a Ph.D. in Bible and Theology from Louisiana Baptist University. 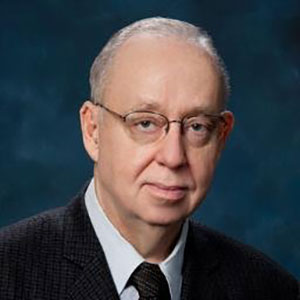 William Welty is Executive Director of the ISV Foundation, producers of the Holy Bible: International Standard Version. He is a graduate of Trinity Evangelical Divinity School of Deerfield, Illinois and holds a Ph.D. from Louisiana Baptist University. Dr. Welty served as Research Analyst in Advanced Communication Technologies and Adjunct Professor of Middle Eastern Studies on the faculty of Koinonia Institute. He and Chuck co-authored the book, I, Jesus: an Autobiography. William also served on the board of Directors of Koinonia House. 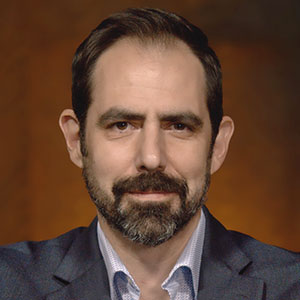 Author, Mideast Beast: The Scriptural Case for an Islamic Antichrist and Why We Left Islam

Joel Richardson is a New York Times bestselling author, film-maker, and teacher. Joel lives in the United States with his wife and five children. With a special love for all the peoples of the Middle East, Joel travels globally, preparing the Church for the great challenges of our time, teaching on the gospel, living with biblical hope, and the return of Jesus. He is the author, editor, director, or producer of several books and documentaries, and is the host of the popular online program, The Underground. 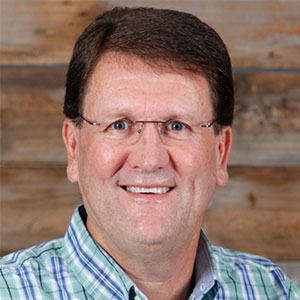 Sandy’s call from God is to bring the changeless Gospel to a changing world. He communicates with humor, and his Bible teaching is laced with practical application. His timely insights help convey the timeless truths of God’s Word. Pastor Sandy’s messages are easily accessible on his website, and he is a frequent conference speaker. He has authored seven books: Welcome to the Family of God, Chapter By Chapter, Christmas through the Eyes, Family Matters, Kid Gloves, The Drama of Christmas, and the internet Bible Commentary, Bible Scan. 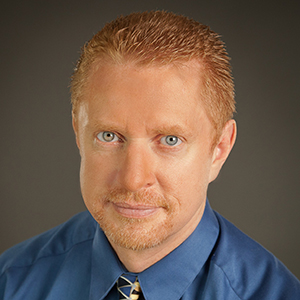 Jay Seegert is an author and international speaker. He holds degrees in both Physics and Engineering Technology and is the Founder and Managing Director of The Starting Point Project. This ministry helps Christians better understand and better defend the Christian worldview, increasing their confidence in the authority and inspiration of Scripture. They also offer a gracious challenge to the sincere skeptic and address the phenomenon in which a very high percentage of Christian youth walk away from their faith during their college years. He has been speaking over 32 years and has given approximately 2,000 lectures to a wide-range of audiences. Jay also serves on the Board of Directors for Logos Research Associates and is a Representative Speaker for Ratio Christi. 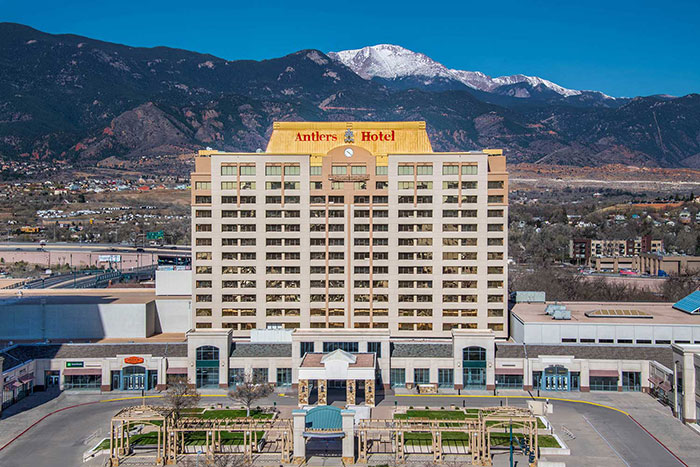 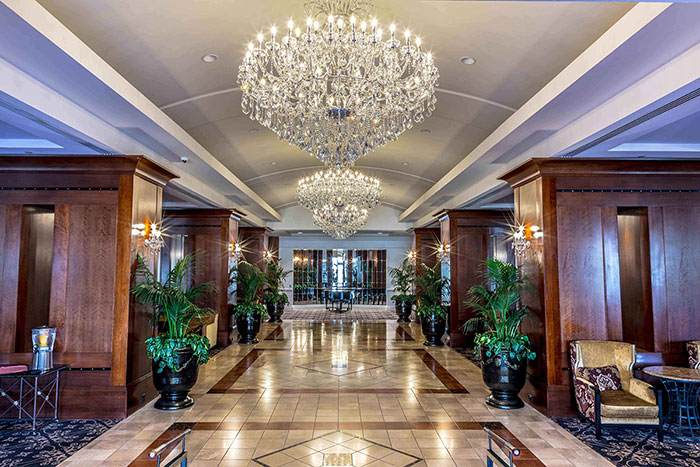 Make your reservations by phone and mention the Spyglass Conference to receive the special rate.
But act quickly, this special is only available until midnight October 9th.

Each meal event will feature a guest speaker

This whole-conference package includes admission, all meals with speakers, and Conference DVD Set.
Does not include accommodation.

Online registration is now closed. Get tickets at the door!

Provided through K-House TV, watch all the conference sessions right in your home, with access for an entire year.